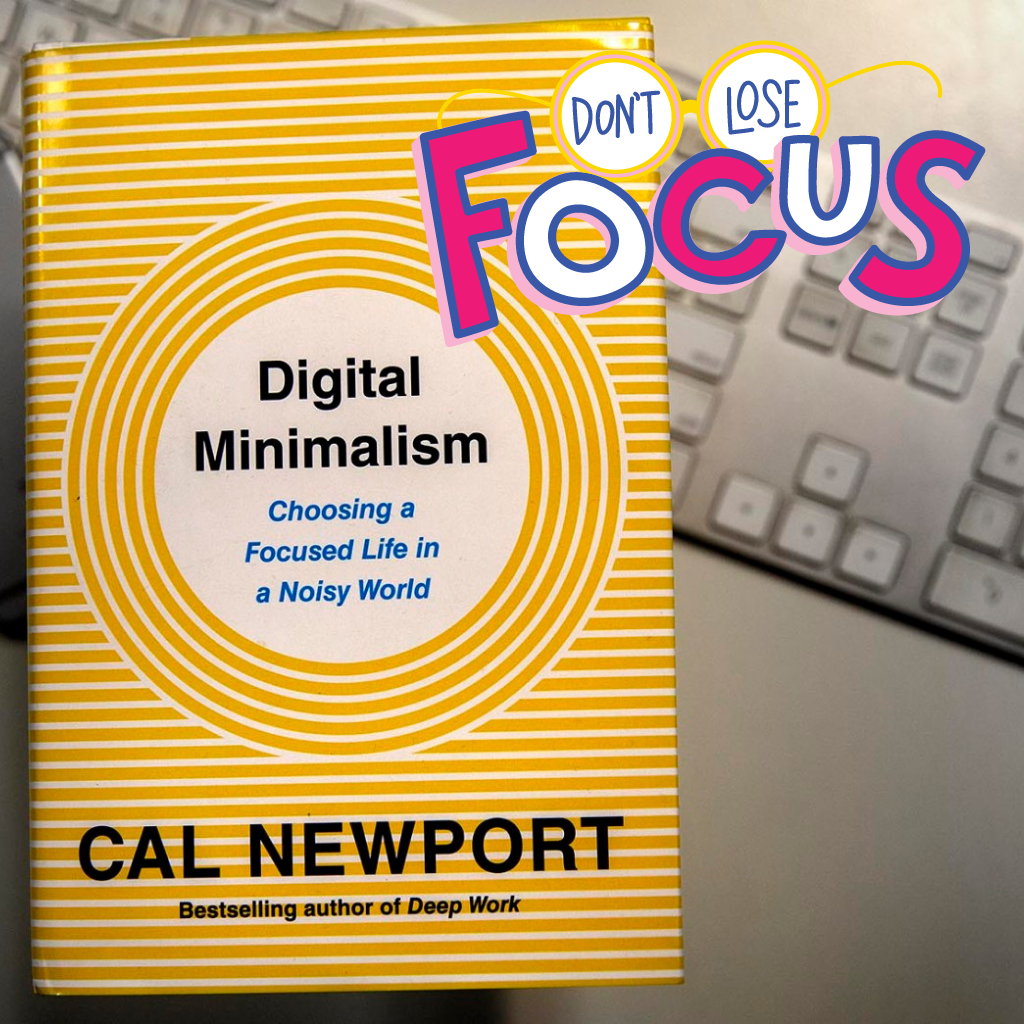 Let’s talk about a writer who brings minimalism ideas against social media addiction. His name is Cal Newport. A scientist from MIT and forerunner of the #deletefacebook movement. Recently I read his book- Digital Minimalism. A book in which Cal tries to describe a way to lead a life without doing slavery of social media. His previous book Deep Work achieved the New York Times bestseller tag and got many critic’s accolades.

It’s a nonfiction book, and its tagline gives the right indication-a way to live controlled life in a noisy world. The size of the book -169page- is relatively small. Besides, Cal’s chapter splitting strategy perfectly matched his research methodology. The way he served his narration, which is full of real-life experiments, seems cool to me.

Cal Newport divided his book into two parts: The foundation and The practice. In the first part, he tries to dig deep into human behavioral evolution. Cal focuses on attention span deficiency and the deleterious effect of social media addiction throughout the first part. He defines the term Digital Minimalism as early as possible and translucently so. According to Cal, Digital Minimalism is-

”A philosophy of technology…..which is carefully selected and optimized….., and then happily miss out on everything else.”

He resentfully wrote a chapter on the headline: We did not sign up for this. In that chapter, he quotes one of the prominent thinker’s perspective:

“We signed up for these services……for minor reasons…..and then found ourselves…..increasingly dominated by their influence. Allowing them to control more and more of how we spend our time, how we feel, and how we behave.”

He then discusses our new reward mechanism’s deleterious effect by clicking the Facebook “like” button. He said:

He concedes some strategies related to digital minimalism from popular magazines. At one time, he quoted from the New York Times and their obvious remarks. However, like he said, “It is not a short time course,” minimalism needs much more strategy than a single article articulates.

Finally, he brings three levels of deep conceptual principles for any social media addict. Thus, they can think about their cataclysmic lifestyle again. Among those three, optimization is important is the primary one, where he describes the value of using technology meticulously. He perfectly matched real-life examples with all three principles so that anyone can dive deep into those without absurdity.

In the second part, the author brings many ideas on how to thwart a techno-addicted lifestyle. I found most of them are pragmatic and methodical for our real life. For example, ‘Don’t click the like’ was one of the practices among the dozens of his ideas, where he described how the Facebook-like button steals so many times from human life and decreases our focus. Every time people posted something on their social media, they instantly crave and count their like number as a reward. He said we have to avoid this practice if we want to mentally live a focused and healthy life.

Besides, he provides so many other practices to get rid of social media addiction. For example, a story about a silicon valley entrepreneur brought a new practice called ‘conversation office hour.’ By this idea, he isolated his constant newsfeed checking habit and tore those into a piece from his daily life. Thus, enhance his productivity in his professional life. Moreover, the author mentioned the Bennett Principle, which is actually a method that might fill up the void of techno-anxiety.

His last two chapters describe the advanced level of digital minimalism, and those are easy to understand. Like, Schedule for your low-quality leisure activity, Build something new every week, delete your social media app from your phone are quite exquisite. However, I believe he could introduce our brain activity during bombarded with social media, and he could introduce a neuroscience perspective. To me, these pieces of stuff would transform the author’s work even more compelling.

To sum up, It was an excellent book to read. I am happy to learn some new and important stuff to manage my digital life. And as a proactive human being, I would recommend this book highly in the era of social media addiction.