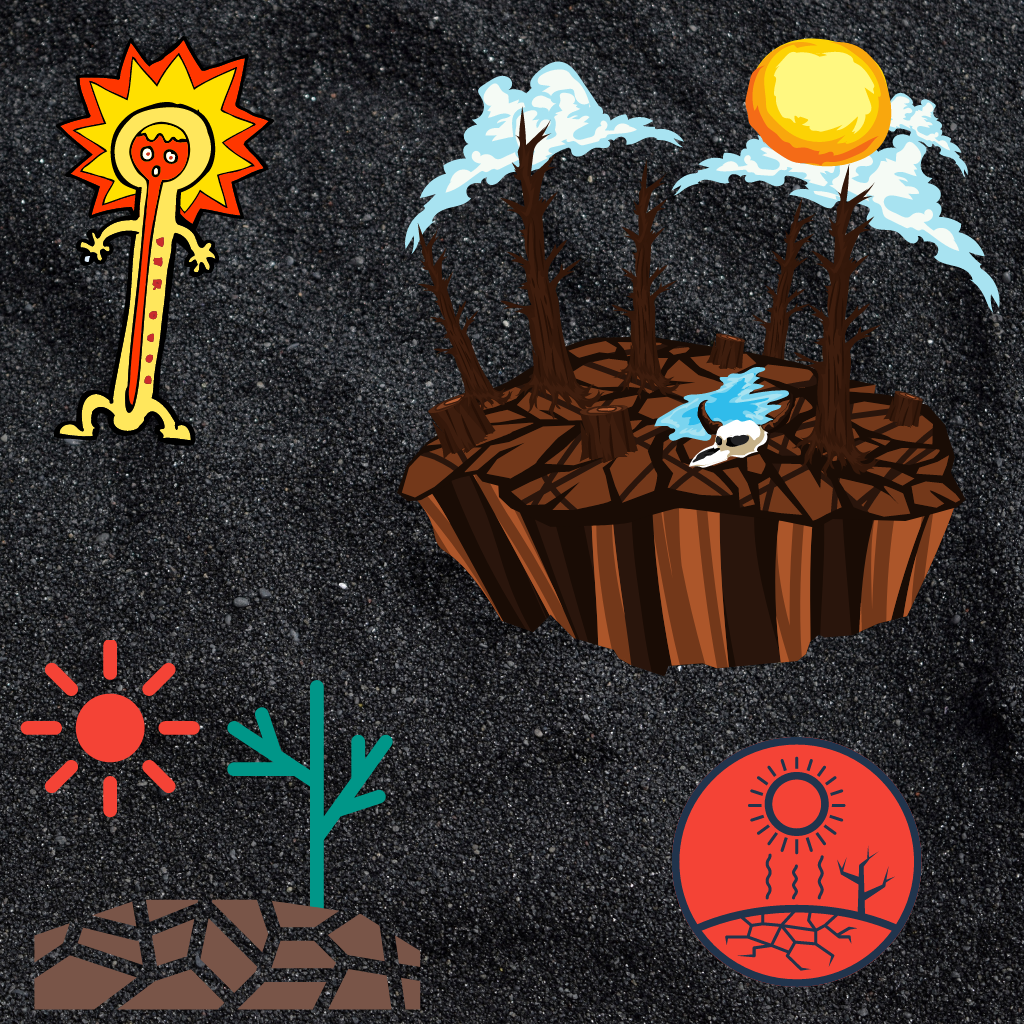 Six years ago, I saw the last candid smile on my uncle’s face. A lot of time has gone in between these years, and I saw nothing but pain and grief. I saw the downfall of the well-established economy of our village. During my childhood, we used to play football in the post-harvested, empty paddy field. While we were playing football, we sweated out heavily under the heavy temperature. Our body seemed reddish as our blood tried to burst out through our skin. Our mom’s got irksome when we went back to our home. So, we took our bath from the village pond to escape the punishment. As a repercussion, we were infected by fever too often.

But there was another important event that happened outside our myopic: an inevitable drought —a condition when the soil needs an extra amount of irrigation—and heavy dust on the paddy field. Our village farmers used to pay thousands of taka to the deep-tube-well manager to maintain appropriate irrigation in their rice field to compensate for that situation. Besides, some farmers used to buy shallow-machine and dispense water in their paddy fields on their own.

Those were the days when we feared to live a single night under the plastic rooftop, just beside our shallow-machine.  Because the person responsible for that shallow-machine, he had to ensure proper irrigation levels in each paddy plot; thus, he could not sleep properly at night. On top of that, the heavy temperature changed his skin color.

However, after painful struggles, there was a moment when the rice field used to bring joy to a farmer’s face and overall in their family. Overall, happiness travelled fast inside our neighbours and local businessman. People sold their ultimate product (Rice) at a fair price and brought love to their home. They laughed; they slept with ease and happiness. Finally, we were a bunch of kids, liberated to play football in the empty paddy field again, with utmost freedom and joy.

At present, nearly 10,000 people depend on rice production in my village. People usually invest all their savings into this project to bring the ultimate yield back home. They did well throughout the first half of the last decade, but those are now fleeting memory. Since 2015, heavy rainfall has brought excessive water-log on the paddy field, which thawed farmers’ hope immensely to harvest their ultimate product. Even if they bring their yields back home, they did not get the ultimate price that they wanted.

So, people trembled into fear while they approach the month of Joyostho —the third month of the Bengali calendar. They hope for a positive outcome, though. But every year, a flood from the apogee area comes drastically. Even though the amount of rainfall is minimal, the old river does not show any mercy. Because the river, which carries out excessive water from the field throughout history, is now filled with heavy-hard soil and immovable sands. Besides, the government still did not take any initiative in digging the river center to remove the soil’s upper level. Hence, a small amount of water often brings tension to the chin of our farmer’s face.

In previous years, our farmers could not collect what they expected to glean from their paddy fields. Acres of land logged under the water; Some farmers could not cut a larger proportion of their paddy fields; Some fields entirely vanished under the demons —water-log. Some of them could not bring a single grasp of cultivation to their home. Last year, a farmer suddenly died of a heart attack. Later, I knew that his 12 Bigha paddy fields submerged under the damn water. And, he spent all of his money on that field. So, he could not handle this pressure mentally, and he died without any specific disease. People say he died by the most prominent disorder of all —economic anxiety and financial depression.

Nowadays, people live with despair, and depression often comes into their minds—all the business down since they depend on farmer’s economic condition. With the devastating effect of Coronavirus, this condition might bring an explosive impact on our economy. Nobody will escape from that. Everybody has to feel that pain somewhere in the future. Our happy childhood memory about football matches with utmost freedom is now a fleeting one, submerged by a demon called waterlog.

What can we do now? Well, perhaps we should change our survival strategy or bring some genetically engineered variety, which already available in the southern part of our country, to overcome this mental back spasm of our farmers. Is it possible to reduce the pain of my farmers soon? Allah knows better. Time will tell the real story about my village’s future as always time does with great panache and elegance.

A Generation inside a Teenage Eye